The authors explained that network traffic classification attracts many interests in both academia and industrial area is because it is one of the prerequisites for advanced network management task. Network architecture today is designed to be asymmetric, based on the assumption that clients demand download more than upload. However, this assumption doesn’t hold anymore due to the rise of voice over IP (VoIP), P2P, and other symmetric-demand application. Network providers require the knowledge of the application their clients used to allocate adequate resources.

The authors categorised network classification methods into three categories: (1) port-based (2) payload inspection, and (3) statistical machine learning. The summary of the pros and cons of these methods are as below:

They used the VPN-nonVPN dataset (ISCXVPN2016). This dataset was captured at the data-link layer. Hence each packet contains an Ethernet header, an IP header, and a TCP/UDP header.

During the pre-processing phase, the authors

I used Scapy to modify the packets.

The authors proposed two models. One is CNN, and another is SAE. I only implemented the CNN model, so I introduce only their CNN architecture here. 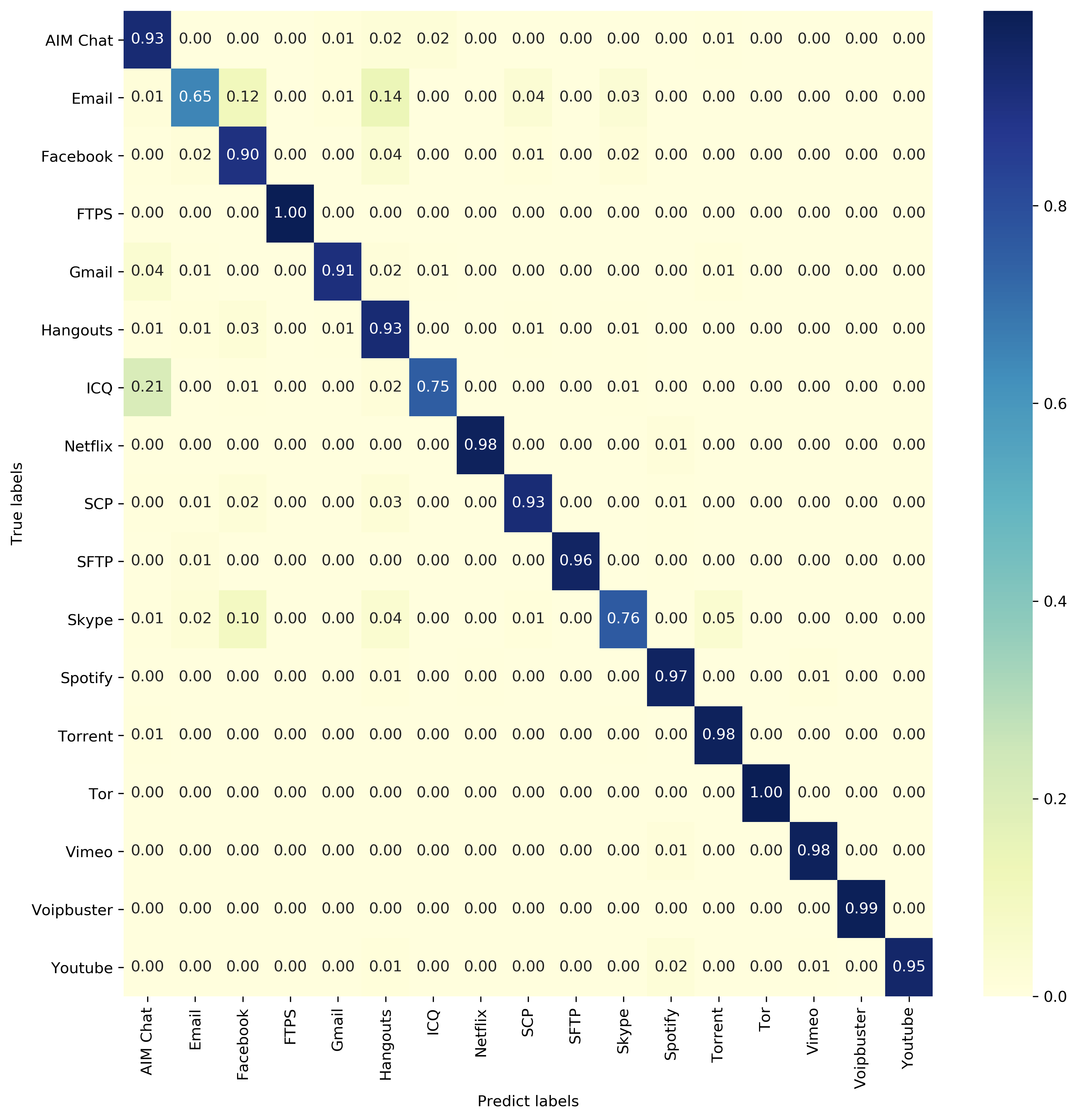 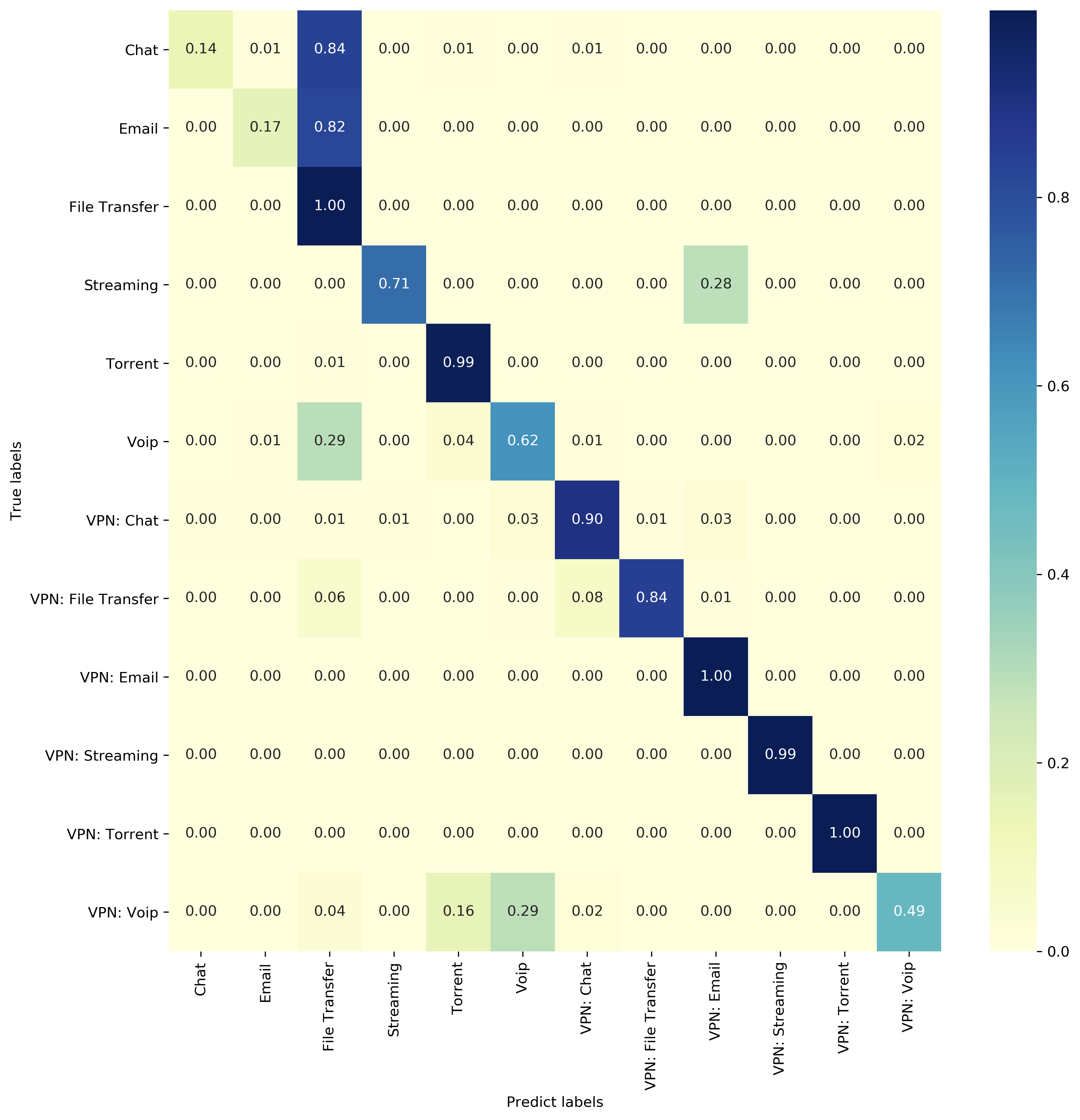 The model performance is closed but not as good as they claimed. This is probably due to the difference between the composition of the train set and the hyperparameter settings.

You can download the train and test set I created at here and clone the code from Github.

Pre-trained models are available at here.